The Dutch midfielder De Jong talked to Juan I. Irigoyen of El País about the game, his position on the pitch and Koeman’s arrival at the Camp Nou.  He talked about lots of personal stuff like his favourite series, his hobbies, his Idol, which is Lionel Messi of course.

A: It is impossible not to be happy when the best footballer in the world plays for your team.

A: From the beginning, it was special. Well, it’s still exceptional. But, from the outset, you only know the incredible matches he has played. You don’t know the person or what they can do in a workout. Later, of course, when you see him every day, it is not that you normalize him, because what he does is still exceptional, but you start to see him as a partner. And you understand things… he has an incredible talent, but he also works hard.

You realize that no one can be 15 years at that level without hard work.

He is by far the best player I have seen and will remain the best.

Q: You train technique and tactics, how do you work your head?

A: I don’t know, I try to watch a lot of Football. For example, after every game, I always look at the actions in which I participate. I want to know where I was wrong if I was well placed on the field if there was a better position to receive the ball … I want to know how I can improve.

What’s the first thing Frenkie de Jong does after producing a brilliant performance vs Napoli?

Watch the whole match back to improve even more 🙌

That’s why he’s going to be one of the world’s best 👏#FCB #frenkiedejong pic.twitter.com/G9Hhy3mvTI

Q: What do you think when you lose the ball?

A: What do I think? Angry, of course. It always sucks to lose the ball. You think about what you could have done better, for your team, for everything. But there is something clear to me; when I lose the ball, I do not eat my head, I do not think that I should not retake the risk. You can not play like this. You cannot play with fear. When you feel scared, you try fewer things. And you never have to stop trying to do things.

Q: Have you never been afraid?

A: Fear? No. You need the confidence to play Football. I’ve always played the same way, so I don’t feel like I’m taking a risk. But, for example, I think last year I did it less than I used to. So this year I will have to do more.

Q: Didn’t you take that much risk last year?

A: I don’t know. Perhaps because I received the ball more in our field and, then, in that area, it is not ideal and much difficult to do certain things with the ball. It is different when you receive it in the rival field.

Q: Your stats last season are almost similar to those at Ajax: 91.15% precision passes in the Eredivisie by 91.85% in Laliga, So isn’t it Similar?

A: It can be useful to analyze the statistics, but they do not always talk about what happens in a game. It depends on where you received the ball; if you made the pass forward or backwards. Sometimes you can have a worse percentage, but most of the passes are forward. So, what is more important? 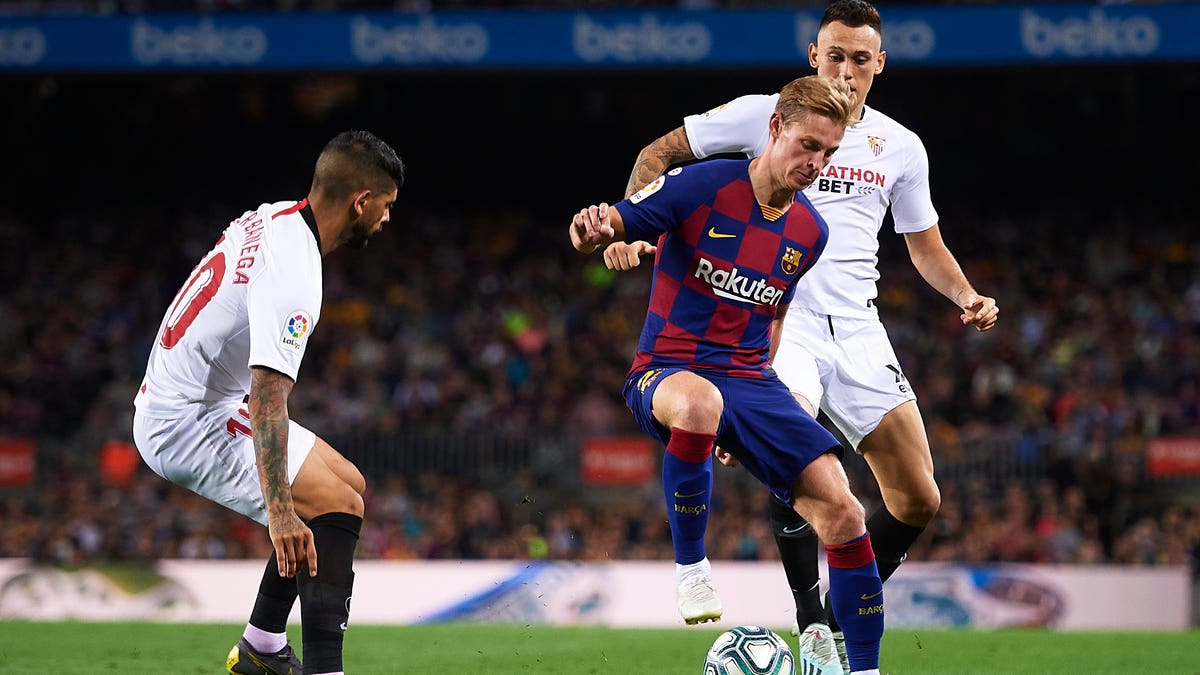 Q: Do you mind giving a back pass?

A: I don’t think there is a player in the world who prefers to give a back pass.

A. It isn’t easy. Especially the end, when they mark the sixth, you think that it is already over; That is a harsh feeling for an athlete. It’s something that embarrasses you, but as a team, we have to show that we are strong. And think about what we are: one of the best teams in the world.

But you know one thing, the game we lost against Tottenham when I was playing for Ajax, in the last minute, it was tougher. When you lose 2-3 in the last second, you have the feeling that you were so close to the end, so it’s tougher to digest. In one you feel more ashamed and in the other, utter disappointment.

Q: Do you play more comfortable alone or on a double pivot?

A: I prefer to play in a double pivot system. In a single pivot system, you have less freedom to move and fetch the ball. You have to watch your position. That changes when you have a partner by your side because in that sense you have more freedom.

Q: Before signing for Barça, you spoke with Koeman. What does it mean to be your coach today? Is there more responsibility? Are you more comfortable?

Q: What has changed with Koeman?

A: All coaches have their own methods. Things change, of course, but it’s normal.

Q: Should this be your season?

A. No, I don’t particularly appreciate putting too much pressure on myself, or on the team. I have to improve; the team has to improve. But I’m not going to say ‘this will be my year’, nor will it be the team’s year. I am clear about one thing: if I can play well if I can be in shape if I can train well and work hard… it all depends on me and not on other people.

Q: What do you enjoy the most at Barcelona?

A: I always try to be nice to everyone. Because when you are in a good mood, and you are happy, something is generated that is better for everyone. For those around you, but also for you. And again, when I am on the field, I try to play in the same way as when I was a youth player.

With more responsibility, of course, but with that freedom that you feel when you are a child. I try to enjoy all this.

Q. And is it still possible?