After six glorious years at Barcelona, Luis Suarez is set to leave Barcelona to join the Spanish rivals, Atletico Madrid for EUR 6 million in variables. After winning 13 titles in six seasons, scoring 198 goals and becoming the 3rd highest goalscorer of FC Barcelona, Suarez to Atletico happened. With bittersweet feelings, our editors wave Goodbye to El Pistolero, The Barca legend.

The enigma-that is Luis Suarez

Luis Suarez will depart as one of the top strikers in Barcelona’s history, who at one point of time hosted the most feared trio in the game. As a player who had faced extreme hardships from his early childhood, with the first-hand experience of poverty which resulted in taking up odd jobs at a young age to help feed his family to reaching one of the biggest clubs of all time, shows the fighting spirit that he encompasses.

This extends to his in-game mentality, which is very important as a striker when you see him chasing loose balls or creating goals out of nothing. This was significantly magnified in big games, be it derbies, rivals, knockout matches, etc.

The goals scored and trophies of the Uruguayan, nicknamed ‘el Pistolero’, only forms a part of the enigma that is the striker, with his intelligence especially in the final third that has kept him at the top for so many years.

Although his legacy has tarnished to an extent in the past few years, he leaves yet another historic club having garnered friends and fans alike. As many defenders have said and will in the years to come, Luisito running with a ball towards them causes an insurmountable fear in their hearts.

Luis Suarez has been an absolute phenomenon in Barcelona. He has coloured the last six years at the club with a multitude of memories the fans will always remember. In just six years, he managed to become the third-highest goalscorer in the club’s history and to do that in a club that is FC Barcelona is a rather remarkable feat. It all seems like just yesterday, I saw him megging David Luiz before he slots one into the top right corner and I wake up, to all these Gracias Suarez posts.

Sometimes, we take things for granted, just like I did with Suarez. “He’s going to be there” was the constant opinion in my head, but deep down I knew he’d leave one day. We cannot thank him enough for the Lucho era, people usually attribute a lot to Neymar and Messi, but it was Suarez who was way more crucial to Lucho’s plans. Suarez was so excellent off the ball, not just on it; it was one of those signings that just clicked perfectly.

He knew when to drop deep, when to offer support and when to move around dragging defenders to make Leo some space. Another thing I’m going to miss saying “how did he miss that” at the 20th minute only to see him score an absolute banger at 50. Classic Suarez, I just don’t think he liked it when goals came easy.

Overall, he is one player that made most of my conscious days as a fan, and he’s one I’m going to miss a lot. The MSN trio, in the end, couldn’t be reunited and now it’s only Messi left. Guess all good things come to an end,

After six years at the club, El Pistolero leaves to join rivals Atlético Madrid. Joining FC Barcelona in the summer of 2014 and making his competitive debut in El Clásico against Real Madrid where he scored his first goal for the club, he has never stopped since. Suarez will be remembered as a player who was part of so many beautiful things that happened at FC Barcelona. I have tried to pen down some of the glorious moments of Luis Suarez at Barcelona.

He will be a player who will be etched in the history of this great club, the only player who has won two golden boots in the last decade apart from Messi & Ronaldo who were at their prime. Suárez will leave becoming the clubs third highest goal scorer with 198 goals in 283 games for Barcelona.

The desire, the hunger, the determination Suarez always brought onto the pitch was unmatched. Suarez has cemented his spot among the greatest of the greats with the club. Thank you for everything Pistolero.

I have lost counts of the time when I sat and said,” Come on Luis, Just come off, you are so done and dusted,” and then he went on and scored the crucial goal for FC Barcelona. For several years, Lionel Messi has been the key player for Barcelona, but if there has been someone who comes close to Messi in making Barcelona win games; big games to be precise, it’s Luis Suarez. 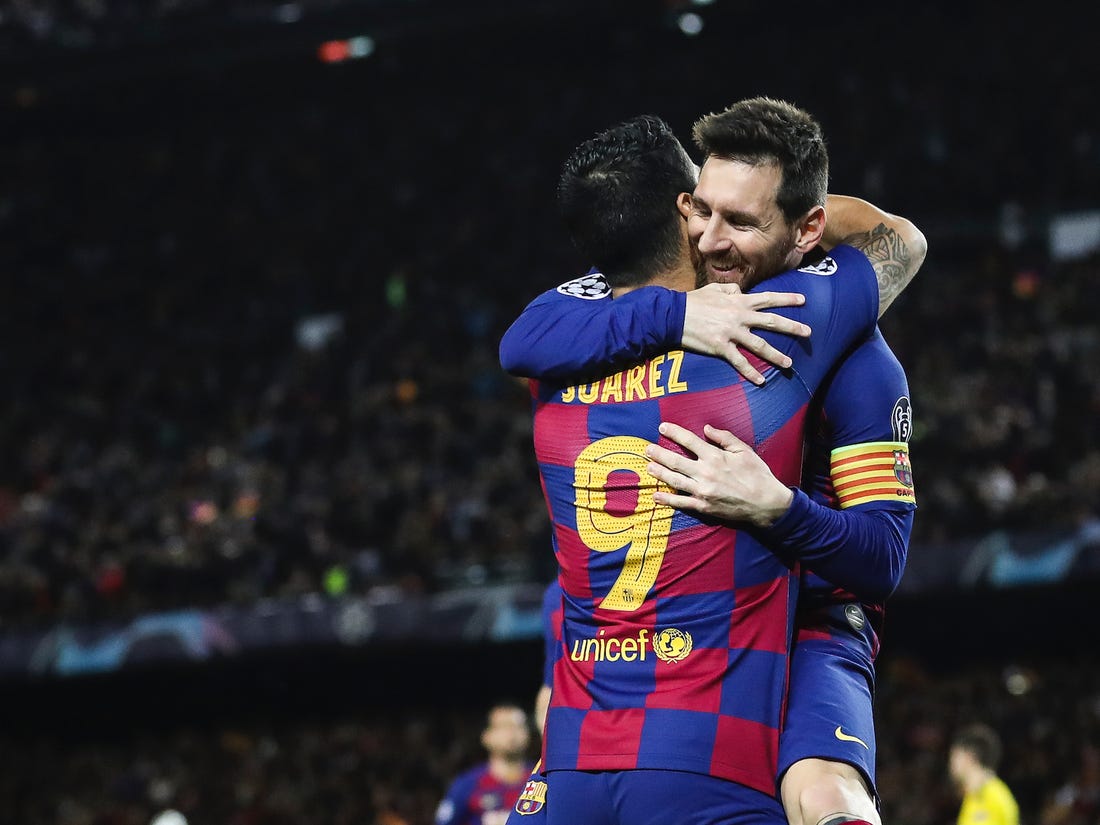 He spent six years at Barcelona, and it never felt like he hasn’t been here for long, It always felt as if he belonged here. The amount of love and passion Suarez had for this club is unmatchable. Sure, there have been times, where we all felt like, the time of Suarez is over. But now, when the time actually came knocking right at our face, I can’t seem to hold onto the situation, and I bet most of you all are feeling the same.

Maybe a warm farewell with fans filled Camp Nou would have made it a bit more special than how Suarez bids goodbye in this current situation. He is Barcelona’s third top scorer netting 198 goals. He has assisted 109 times, and all this happened in just 283 appearances. It will take time for another player to achieve the feat Suarez has managed to do at Barcelona. He came in with big ambitions and will go away having earned so many beautiful memories, The trophies, The glories, The beautiful friendship with Leo and I bet he will always cherish the time he had at Barcelona and we all will too.

It was a beautiful Journey, El Pistolero. We will miss you.

Sources: Riqui Puig will not leave Barcelona in January

Sources: The story between Barcelona and Dembele is almost over